It has been an interesting year to say the least, with many, highlights, and it is hard to pick one as THE highlight - so I won't.

First off, this blog is almost a year old. I was never sure I would keep it going this long, and yet here I am, and still suprised that not only do people read it, some actually comment too! To those folks, readers and writers, thank you.

My first crazy stunt of the year was running home from work one Friday afternoon - 29 miles from Raleigh to Sanford.

My first ultra - Umstead 50 miles, which was where I had the eppiphany at the start line. I'm looking around at all these runners' t-shirts - Hardrock, Western States, Leadville etc etc etc. My own race plan went out the window there and then, "do what they do" became the order of the day.

The Boogie - yep, running at night in 90+ degree heat CAN be fun. Really.

24 hours of Laramie. The steepest learning curve of them all. Yep, altitude does make a difference, so does food, drink, electrolytes etc - and if that balance goes wrong, then it can screw your whole day up! I know there weren't many finishers - but placing third does give a boost!

Oh, then I learned about "Fat Ass 50k's" at the Medoc Meltdown. The first thing I learnt is that 50K, does not always = 31 miles - in this case it was 35 miles. I also learnt that beer was the perfect antidote to 35 miles in high humidity, blistering heat and torrential down pours. The can of Yeung I had at the end was probably the most pleasant, well deserved beer I have ever earned. I'll be back Frank.

In July, work meant I was stranded in California for a weekend, so I ended up volunteering at the finish line of the Tahoe Rim Trail 100 with my friend Frankie. I was the guy who took the bottom tear strip off the runners' numbers. It was quite something seeing these amazing athletes finish 100 miles. It definitely furthered my desire to finish a 100 miler myself. I'm planning on doing the TRT 50 miler in 2010, the scenery was stunning, and the race looked incredibly well organized.

Labor Day weekend, the original plan was to pace for my good friend Frankie at the Grand Teton Races 100 miler. Unfortunately, Frankie's race didn't go as well as we had expected, so I ended up being drafted to pace the eventual women's winner, Ashley Nordell for the last 25 miles of her race. I plan on going back to the GTR to do the 50 mile in 2010.

In '09, I joined the Raleigh Trail Runners, and became a life time member the Mangum Track Club (the pups also became members by completing the "shirt run". Both terrific, but different orgainizations, but both filled with great people who run for the pleasure of it. One highlight is the Mangum Track Club's "What's the Point Race", I am pretty proud of how well I did. But more than that, it is great to have met a bunch of people local to me who "get it".

The thing though that really stands out for me - even before my own accomplishments, is the people I have met. From the front of the pack, all the way to the back, I have met wonderful people - many of whom take the sport seriously, and many who just enjoy the camraderie that a really long run can bring out in people.

I have one more ultra-related goal in 2009 - again, I am saving the details for another day.

I guess that having a hobby/obsession such as running makes it easy to pick out Christmas (and birthday gifts). I did well this year. For my birthday, I got a new pair of trail shoes (New Balance MT875's), a long sleeve fleece top, and Dean K's first book (my last copy fell apart) - oh, and I am now in a different age group - I "jumped the box" so to speak.

For Christmas, I did well too - a long sleeve running top/jacket (the sleeves come off, so it doubles up as a vest), a pair of Zensah compression calf sleeves, a holder for my mp3 player, a Nathan 2 liter hydration vest, a Nathan handheld, a replacement drink bottle, "Born to Run" by Christopher McDougall and a Headsweats heawrap.

Jess and I are thinking about doing a Christmas in July for 2010 - that way, I can get some summer gear too!

Wilbur and Sarah love their new waterbottle and their flashing red collars :) - I'm not too sure that Sarah likes her new coat though :)

One of my favorite runs last year was The Bethel Hill Moonlight Boogie Marathon. It was a tough course, and the heat and humity and the fact that it started late and much of the race was at night made it tougher.
Here are my write ups from last June: The Boogie Marathon and More thoughts on the Boogie. Oh, and Jimbo is on Youtube.
The race is described on the website as, "There are several long hills and some smaller ones too. This is not mountainous but is definitely not flat."


There are a few other good lines on the Boogie website:

This is not your normal marathon. This is all rural, not a city marathon. The course is not certified. You will be in the middle of nowhere all the time with no porta-potties, no splits, no mile markers, no spectators, and late in the run possibly even no other runners. There are only 6 houses on the courseand they have dogs.

Even the race waiver makes me smile:

I realize June in North Carolina is hot and humid. Most people and doctors advise against running in heat and humidity. Also, running at night presents special problems such as seeing where you are stepping and watching out for cars. I understand that this area has specific hazards such as rattlesnakes, copperheads, polecats, wildcats, and rednecks who like to drink and drive and throw things. I know that 50 miles is a long, long ways and many people get tired just driving that far. Nevertheless, I want, no, I insist I be allowed to do this event regardless of the risk. Therefore, I want everyone to know that I am not being forced to do this event and that I agree for myself and any survivors or possible claimants that I may leave behind, to save, release, and keep harmless the Mangum Track Club, its members, the Runners From Hell, and any volunteers or sponsors or any other helpers that may be involved with this event, from all liability, claims, or demands for damages incurred by participation in this event or any of its parts. I assume all responsibilities for my participation in this event and certify that I am properly trained, mentally fit, and medically able to participate in this 50 mile run. I agree to use a light after dark. I certify that I am 18 yrs old or older. I will not litter. I will not kill snakes. I am aware that this event is limited to the no more than 75 entrants and that registration may close abruptly at the race director's discretion. I realize that the race director's {or his delegate} authority is all encompassing and will abide by anything he tells me. Knowing everything in this waiver has not deterred me from entering this event and my signature below indicates that I have read and agree to all this stuff and still intend to participate. I also promise to have fun.
Posted by Jimbo 1 comment: 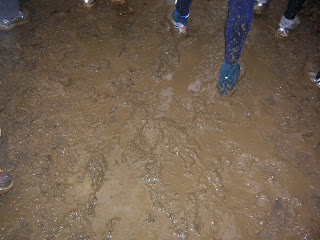 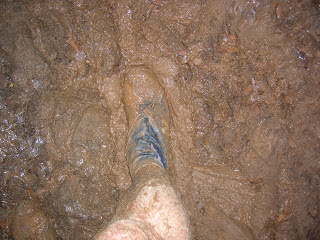 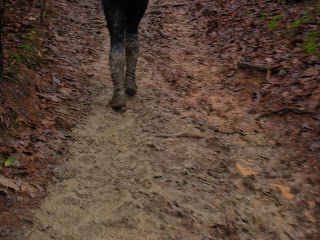 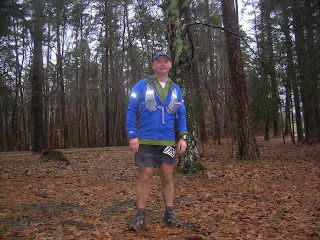 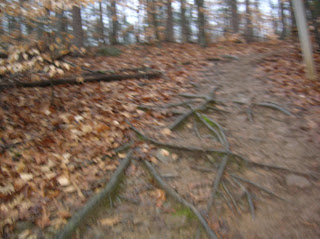