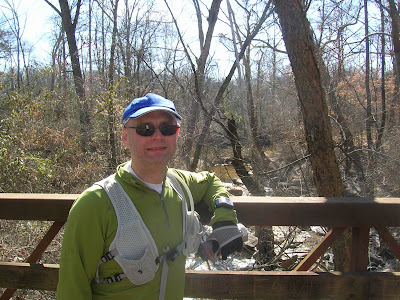 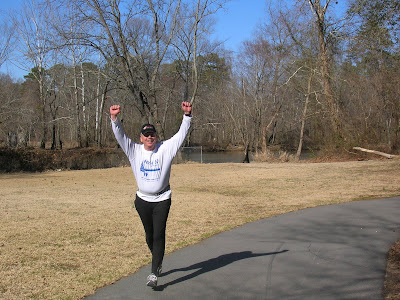 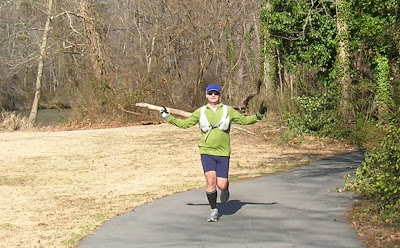 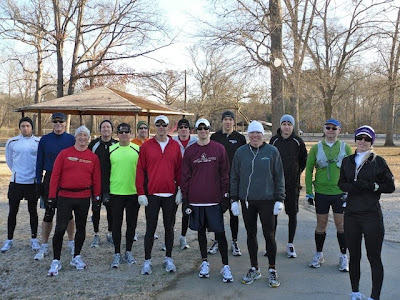 At the start
I was a little disappointed to learn earlier in the week that the Pilot Mountain Payback marathon has had to be postponed. An ice storm had led to several trees falling over, and making it impossible for the race to go ahead as planned this weekend.
This threatened to ruin my "streak" of an ultra or marathon every month this year - I would have been forced to change the streak rules to "a marathon or ultra in every month with more than 29 days".
But..... step up Frank and the Rocky Mount Endurance Club, who at the last minute as a result of several recent race cancellations, put together the Rocky Mt FA Marathon. (Yay, the streak can continue)
I won.
Armed with a turn sheet, and making sure I hung out with some locals so I didn't get lost - and of course to ensure that I kept my main competition in sight (Brad and Frank), we ran the first part of the course around some very nice neighborhoods, before heading back to the start/finish area. The second part of the course took us on the some river trails, and round some parks and back to the aid station - I ran with Brad for this 7 mile or so part of the course - Brad eventually went on to win the 30K event.
For the second half marathon, I ran with Frank - again, the strategy was to ensure that he didn't pull away. Plus he was great company.
With 26 miles done, I made a 0.2 mile surge for the finish, and to great applause, I broke the tape in first place. Frank came in second. We didn't hang around to see who came in third place. In all the excitement, they forgot to give me my winners check and medal - I guess those will arive in the mail later in the week ;)
But seriously...... a lot of fun, a really good training run, and some great company. Oh, and I won, just in case I forgot to mention it.
Posted by Jimbo No comments:

Could this be defined as a running injury? 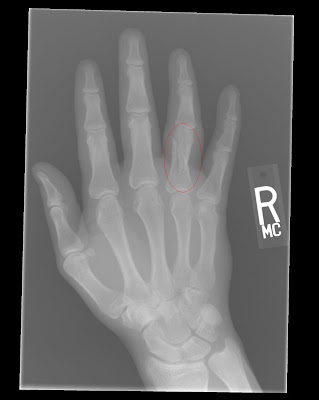 So, the pups and I met up with my friend Connie on Sunday for a run at Jordan Lake. Connie brought along her new dog Allie. Wilbur got a little too excited when he met Allie for the first time, and as he sprang towards her, my ring finger got caught in the leash. The result can be seen fairly clearly in the above X-ray! 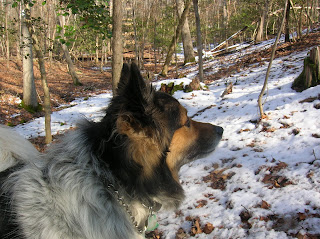 Wilbur has since apologized profusely :)
Posted by Jimbo 1 comment:

Getting to know Umstead again 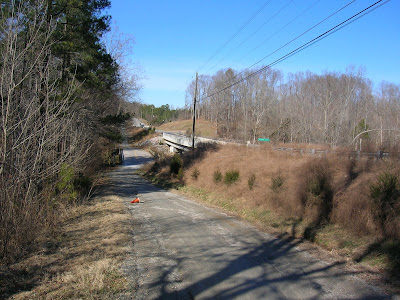 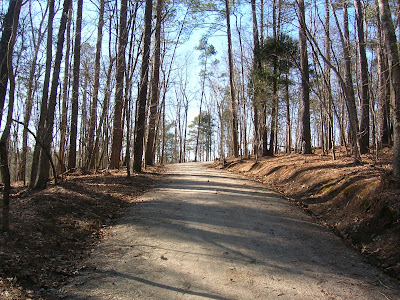 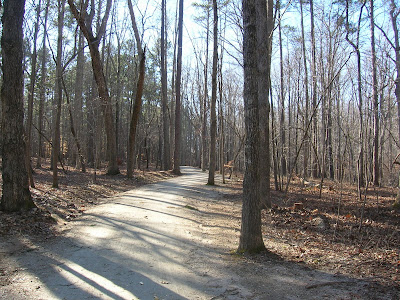 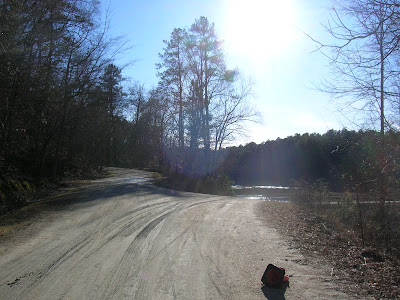 I took the afternoon off of work today, and myself and "Pacer Paul" went for a loop around Umstead. Did about 9.5 miles. It was a little chilly, but it was nice to see the sun, and nice to get to know the trail around Umstead again.
Posted by Jimbo 1 comment: