Reflections on the Western States Lottery

I’m not sure that I will publish this, I don’t want to sound all whiney – I guess if you see it, then I will have already published. This is supposed to be a happy website – you know, the musings and departures from normal of a bald-fat-middle-aged-ultrarunner – somewhat light hearted. But you see, I’m sad.

Not life or death sad but just sad. 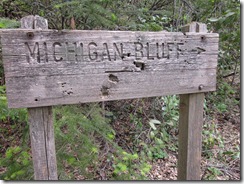 The first thing I want to say, is that I accept the rules of the Western States board, I absolutely accept that they can choose the entrants on whatever criteria they deem appropriate and by using whatever method they choose. I absolutely unequivocally accept the lottery results, and I have no question as to the integrity or fairness of the lottery, and totally understand that it is a random process  and that any random selection of names, may not include mine. I am not in slightest bit angry, I am just slowly getting heart broken, (too strong? Probably). <sigh>
In the incredibly slim chance that someone ever reads this who has any authority with the run, I want to let you know, that to run the Western States 100 Mile Endurance Run is the highest thing on my bucket list – way higher than anything else. When I first started this ultrarunning madness, it was always with a goal to eventually getting to run the wonderful Western States run. There are no ‘ifs’ ‘and’ or ‘buts’ about it, it is my dream –  so, I hope you accept that this is not meant to be disparaging, and I would like to hope that you can take this blog as constructive.
I have been told – “don’t worry about Western States, there are plenty of other 100’s out there” (often by people who have already done WSER). Yeah, I know that. I have even done some of them. And TRT 2012 is looking good for my annual fix of running in the Sierras. But as wonderful as those other 100’s are, and as challenging and as well supported etc etc, they just are simply not Western States. That’s the one that is my dream, and I can dream what I want right? So, Saturday December 10th 2011. Noon EST – myself along with about 2000 other people with a dream had their names in an “electronic" hat (an SQL database whatever that is). A button was pressed 267 times, and 267 lucky souls were selected to run Western States in June. The odds are stacked against everyone – that is clear. 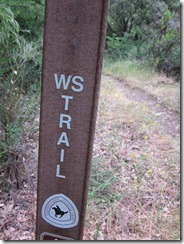 To sweeten the pot for people who lose the lottery – the following year, you are given an extra ticket in the hat. At first glance it sounds a great system, be patient, keep qualifying and the lottery will stack in your favor. So, this year – me as a previous “two-time-loser”, I had three tickets in the hat, along with 257 other people. There were 460 people with two tickets and 1222 people with just the one ticket.
Now, I am just your average excel user and certainly no statistician, but I figured my 3 tickets gave me about a 1 in 4 chance of being selected. And the actual lottery reflected that number – a very rough count and and it looks like about 57 of the original 258 two time losers got in. So….. there will be no more than 201 three-time-losers in the draw next year. The final number will probably be between 150 and 180.  So, if I run the numbers again with my 4 tickets for next year, it looks like I get about a 1 in 4 chance again (just a hair better). I run the numbers again with 5 tickets in the draw for the lottery in 2013 – still somewhere between 1 in 3 and 1 in 4. Hmmm yes, I appreciate that, the extra tickets give me an advantage over someone with just one ticket in the hat, but my chances of getting selected year on year do not dramatically improve.
Now then, there is a whole load of assumptions that I am making with regard to the number of people who enter the lottery and return for a following year, so nothing is anywhere near certain (especially my calculations) – but here is what my average use of excel told me – if nothing changes, in the 2019 lottery, there will be maybe a dozen or so people  with 10 tickets in the hat, and only a 50% chance of being selected! I just hope that I can keep qualifying for that long.
Is it fair to say that the current system is a little flawed? I won’t say unfair – it is random, so therefore fair. I would like to think that consideration can be made to changing the lottery system a little. I would like to see it weighted heavily to those who have been most patient and qualified year on year. I have some ideas, that I hope could be considered (subject to anyone actually reading this far) – instead of adding a single ticket for each losing year, how about doubling up? That would mean next year I would have 8 tickets in the drawing – with perhaps around a 50% chance of getting in – if I don’t make it, then 16 tickets for the 2013 lottery, or maybe, with just about 70-80 names remaining on the four-time-loser list, consideration maybe give to “clearing the board”, and everyone who has been on the list for five lotteries is just accepted into the race. Similar to the old “two-time-loser” system (which with numbers involved now, the ttl would be just unworkable).
Another thought is to have separate lotteries for each group of losers – for example, next year 40% of the available race slots are just for the three-time-losers, 30% for the two-timers, 20% for one-timers and then 10% for first time entries. Again, using this system, it looks like it may be feasible to “clear the board” of the biggest losers after the 5th time of qualifying for the run.
It would be nice to have finite time, a time where I know for certain, that as long as I keep qualifying, I will be in the race
Am I out of line here? 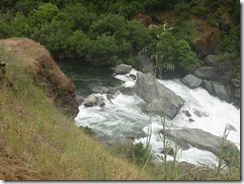 OK then – I guess it is time to work on a qualifier for the 2013 race.
Posted by Jimbo