During my 4th lap at Umstead, I chatted briefly with Jimmy who told me about the Mangum Track Club. They host a number of races, including a marathon, 50 miler, 100 miler, 100k, 50k, 24 hour run.

To become a member of the Mangum Track Club, all you have to do is their "Shirt Run".

Back during the late 80's five guys would meet in the hills of Ellerbe, NC for training runs for marathons. One Christmas during that time, one of the guys purchased 5 shirts. One for each training partner. The shirt was a navy blue shirt with "Mangum Track Club" on the front of it. As the story goes, one of the wives of one of the guys wanted one of the shirts. Well being guys, they toldher, you will have to earn it. The "Shirt Run" was born. The shirt run is a 15-mile point-to-point run/walk from Mangum, N.C. to Ellerbe, N.C. Once you finish the shirt run you will receive your Mangum Track Club shirt and you are a member for life. The Mangum Track Club is a fun run crowd consisting of walkers to ultra runners. We do not have dues or meetings and you may be asked to purchase your Mangum Track Club shirt depending on the number of runners that show up for the shirt run. Normally members pitch in to buy the shirts.

So yesterday, myself along with what looked to be about 50 others did the shirt run - it looked like there were about 20 or so "Newbies" 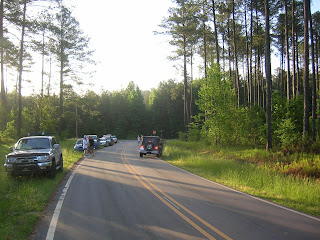 The meeting place was described as "in the middle of nowhere". I was there about 45 minutes before the start - I am glad there were others there, because I would have driven right past. 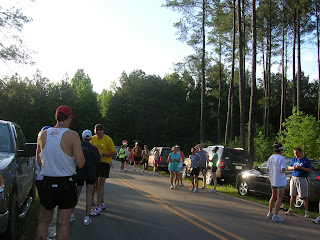 Once people had arrived, we were ferried to the start, 15 miles away in Mangum NC. 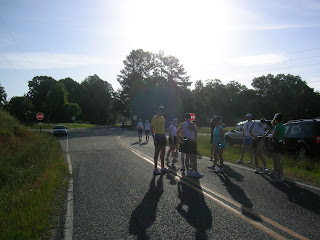 This is the start at Mangum - it basically consists of a crossroads and a few houses. 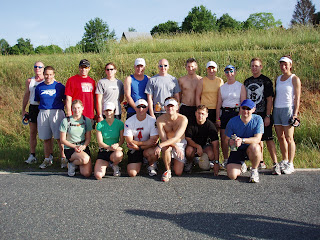 Me and the other "Newbies" at the start 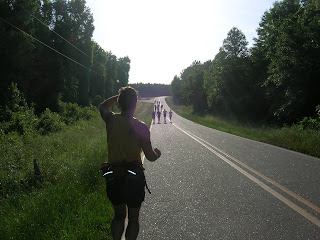 And, we're off - running through downtown Mangum 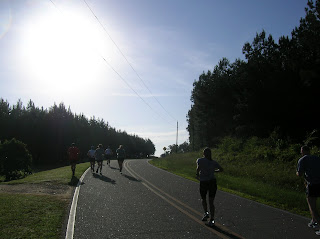 It was getting pretty hot, pretty quickly 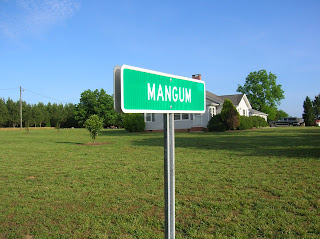 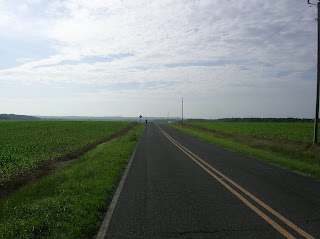 I was running on my own for much of the time. It didn't take long at all for big gaps to appear between runners. 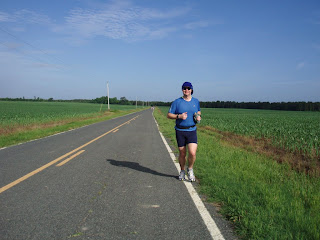 Laura took this picture, she was the about the only person who passed me after the first half mile. 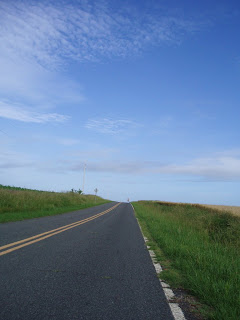 Another of Laura's pictures - the scenery was quite spectacular. 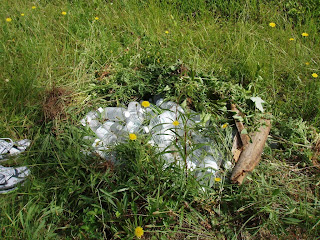 Bottles of water nestled in one of the "aid-stations" 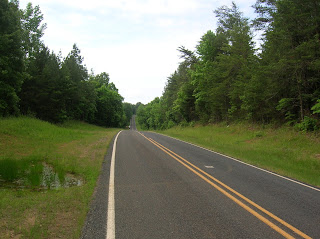 Much of the course was gentle rolling hills 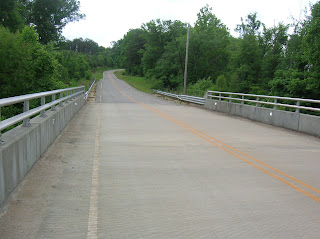 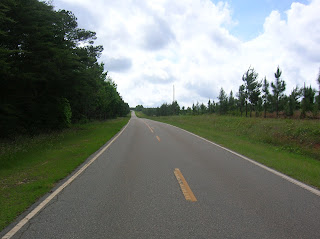 The largest building on the whole course at the top of the hill is Bethel Baptist Chruch. The Boogie Marathon starts and finishes here, and I believe you pass through maybe 2 other times during the course of the race. 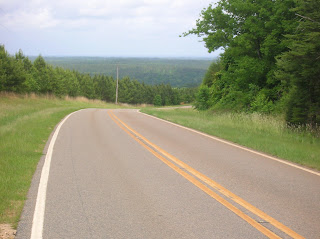 The view from the top of Bethel Hill looking back - you can't really tell from the photo, but it was quite spectacular. 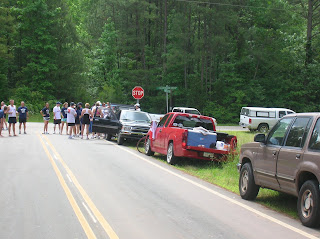 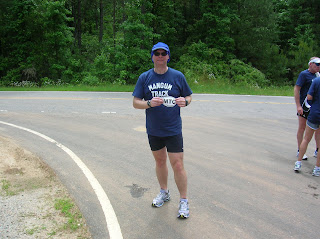 ...and here I am with my new MTC shirt, and car sticker.
Final time was 2:37 - I was pleased with that
Posted by Jimbo